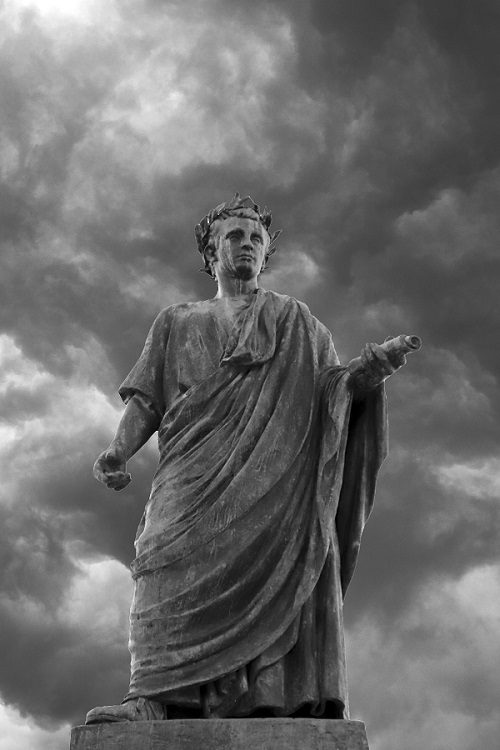 What poets have to say about wine

Looking at some of the world famous poets, many of them have something to say about wine, why you should drink it, how to drink it, and with whom it should be drunk.

Jalāl ad-Dīn Mohammad Rūmī, was born September 30, 1207 and died December 17, 1273 in Konya, Turkey, he was a 13th century Persian poet who is now described as the “most popular poet” and “best-selling poet” in the States -United. His work has been translated into many languages, including Rumi’s poem Masnavi.

Do not put another cup of wine in my hand, pour it into my mouth, for I have lost the way to my mouth. – Rumi – Persian poet

Give me more wine or leave me alone. – Rumi – Persian poet

Brendan Francis Aidan Behan, was born February 9, 1923 in Dublin, Ireland and died March 20, 1964, in Dublin, Ireland, named by Irish Central as one of the greatest Irish writers of all time. he was a poet, short story writer, novelist and playwright who wrote in both English and Irish.

Quintus Horatius Flaccus, (photo below) was born on December 8, 65 BC. In Venosa, Italy and died on November 27, 8 BC. famous poems include – Odes – Ars Poetica – Epodes.

Now is the time to drink. Now it’s time to dance without a foot on the ground. – Horace – Roman poet

Wine brings to light the hidden secrets of the soul. – Horace – Roman poet

Gaius Valerius Catullus, born in 84 BC. a Latin poet at the end of the Roman Republic who still has a great influence on poetry and art.

Far from you, water, destruction of wine! – Catullus – Latin poet

Edna Saint-Vincent Millay, born February 22, 1892, in Rockland, Maine, United States and died October 19, 1950, in Austerlitz, New York, United States, she is a famous lyric poet and playwright, she began to win awards for poetry at a young age, even winning the Pulitzer Prize in 1923.

Ah, drink again this river which is the bearer of pain and the dispenser of beauty! – Edna St. Vincent Millay – American poet

Johann Wolfgang von Goethe, (photo below) was born August 28, 1749, Goethe House, Frankfurt, Germany and died March 22, 1832, Weimar, Germany, German poet, playwright, novelist, scientist, statesman, theater director and critic has done a lot in her life and for her is considered the greatest German literary figure of the modern era.

Wine rejoices the heart of wickedness, and joy is the mother of all virtues. – Johann Wolfgang von Goethe – German poet

Charles Pierre Baudelaire, born April 9, 1821 in Paris, France and died August 31, 1867, in Paris, France, his poems are said to demonstrate mastery in the handling of rhyme and rhythm, his porms include – L’Albatros – Une carcass – The Vampire.

In the depths of the bottle, the soul of wine sang one night. – Charles Baudelaire – French poet

Emily elizabeth dickinson, born December 10, 1830 in Amherst, Massachusetts, United States and died May 15, 1886, in Amherst, Massachusetts, United States, she was not really recognized during her lifetime, but today she is considered one of the most important figures in American poetry, including lyrical poems like – Because I couldn’t stop for death – I’m nobody! Who are you? – “Hope” is the thing with feathers.

I bring an unusual wine with long parched lips next to mine, and invite them to drink. – Emily Dickinson – American Poet