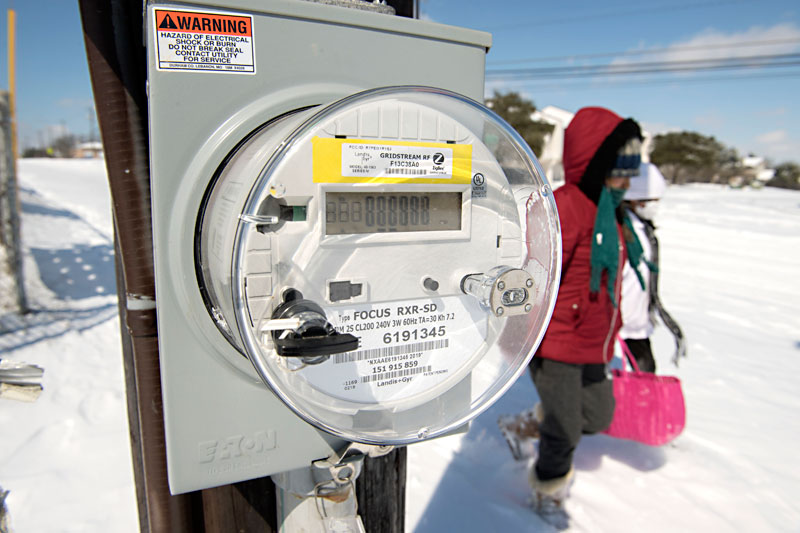 An electric meter at Jamestown Drive and Payton Gin Road in North Austin in the aftermath of winter storm Uri on February 15. At least 210 Texans, including nearly 30 residents of Travis County, have died from the historic freeze – which has left millions of people without power for days – according to the Texas Department of State Health Services. (Photo by John Anderson)

1) Citation of the year: “I can guarantee the lights will stay on.”

2) “Our people are hungry and we refuse to accept it.”

3) “The report makes it clear to me that ‘The Eyes of Texas’ is a song of responsibility that was used to bring the Longhorns together.”

4) “We should have been more proactive and planned the distribution of vaccines. “

– Vanessa Fuentes, member of the City Council of District 2 (March 19)

5) “I’m trying to understand why the person with the deadly virus should have more power than the person who is trying to stay alive and not get the virus.”

6) “The idea of ​​a strong mayor fixing everything is, well, it’s a magical thought.”

seven) “Doug Kantor was killed by two miners who had guns they should never have had. We cannot get out of this crisis.”

9) “Austin PD is at a critical juncture.”

ten) “This cannot be overstated: Proposition A was not simply rejected. She ignited. “