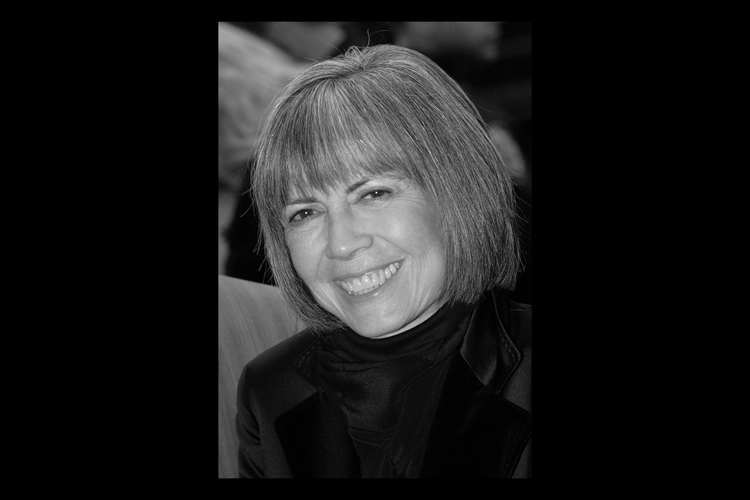 Upon her death at the age of 80 on December 11, writer Anne Rice was rightly hailed as a genius of the Gothic novel. Rice also possessed a deeply ethical imagination, using dark supernatural figures – vampires, witches, mummies, and werewolves – to paint pictures of moral calculation and a deeply spiritual perspective that informed all of her writings.

Rice, who died of complications from a stroke, is best known for her “vampire novels,” including Interview with the vampire (1976) and its consequences. Rice wrote many other stand-alone and sequenced novels, but she returned to the “Lestat” series several times, releasing her last installment in 2018 at the age of 77. She also wrote a memoir on her return to the Catholic faith from her childhood and two books on the life of Christ.

She has always been closely identified with New Orleans, where she was born in 1941 and where she made her home for many decades after several years in Texas and California. She credits the polyglot Catholicism of New Orleans with the influence of its imagery, literary sensibility, and theological concerns. In a 2014 interview with America, she described her parents as “both deeply Catholic and in love with Catholic writing and art”. Her father, she said, was educated in a Redemptorist seminary in Missouri, and her mother “taught me a vital and rich Catholicism, and a very compassionate Catholicism.”

Rice left the church as a young woman but began to practice her faith again in 1998; she said America in a 2008 interview she left “the living dead” behind and picked up a four part biography of Jesus. (Rice fans might remember what the vampire Lestat said in Rice’s novel Memnoch the Devil: “The atheism and nihilism of my early years now seem superficial, and even a little arrogant. In the years that followed, Rice produced her two fine works of historical fiction about Jesus (Christ the Lord: out of Egypt in 2005 and Christ the Lord: the way to Cana in 2008) and his spiritual memory, Called out of darkness (2008).

Karl Rahner and Teilhard de Chardin, according to her, had a strong influence on her writing. “I found Rahner’s writing almost mystical in its intensity and it helped me articulate my own search for the Divine and love for the Divine,” she said. America in 2014. She also noted the influence of “the heroic lives of the saints. I remain obsessed with heroism, seeing vampires as dark heroes, and sometimes saints. The Catholic aesthetic permeates everything I do.

Two theologians Anne Rice said to have had a strong influence on her writing were Karl Rahner and Teilhard de Chardin.

His return to Catholicism did not end happily, however; in 2010, she wrote on her Facebook page: “Today I stopped being a Christian … I remain attached to Christ as always, but not to being ‘Christian’ or to being part of Christianity. It is simply impossible for me to “belong” to this quarrelsome, hostile, disputed and rightly infamous group. For ten years, I tried. I have failed. I am a stranger. My conscience will not allow anything else. She later cited the opposition of American Catholic bishops to legalizing same-sex marriage as a tipping point in his disaffiliation with the church.

Rice also wrote, “My faith in Christ is central to my life. My conversion from a pessimistic atheist lost in a world I did not understand, to an optimistic believer in a universe created and sustained by a loving God is crucial to me. But following Christ does not mean following his disciples. Christ is infinitely more important than Christianity and always will be, no matter what Christianity is, has been, or might become.

Later, during a public conference, Rice mentioned that a priest friend gave her the key to her church sanctuary. He had invited her to come and pray before the Eucharist at any time, if ever she wished. “I appreciated the gesture,” she said, but also made it clear that the invitation would almost certainly not be accepted.

In the best book of Rice’s latest career, The gift of the wolf, a wise werewolf prays in a way that seems to crystallize the faith Rice claimed towards the end of her life: “Dear God, help me. Don’t forget me on this tiny ash lost in a lost galaxy – a heart no bigger than a beating speck of dust, beating against death, against nonsense, against guilt, against sorrow.

Heartbreaking, honest, and full of twists and turns, Rice’s spirituality was a lifelong parallel to Jacob’s struggle with the angel who was possibly God (Gen 32: 22-32). Her writing is a late 20th and early 21st century feminist maturation of the “decadent Catholic” tradition characterized in the 19th century by Charles Baudelaire and Joris-Karl Huysmans. The deepest terror that Rice’s characters fear – throughout her novels – is the fear of damnation, ultimately understood as the absence of love. The redemption they find passes through the body, claimed as divine.

Margot Adler submitted in Vampires are us (2014) that the spiritual core of the entire vampire genre is an ecological concern. We are fascinated by vampires because we know, consciously or not, that we are draining life energy from the earth, just as they are draining their victims: “Vampires let play with death and the issue of mortality. They let us think about what it means to live really long. Would the long-term vision allow us to see the world differently, to imagine social structures differently? Would this increase or decrease our respect for the planet? Vampires allow us to ask questions that we usually bury.

Significantly, the natural landscapes of Rice’s books – from dark woods to Nile-fed deserts – are depicted with an aesthetic intensity that clarifies their sacredness. Unlike Oscar Wilde, for Anne Rice, nature needed to imitate art. It is rather the source of the renewal of its characters. It thus anticipates the ecological theology of the 2015 environmental encyclical of Pope Francis “Laudato Si‘” (2015).

The natural landscapes of Rice’s books – from dark woods to Nile-fed deserts – are depicted with an aesthetic intensity that clarifies their sacredness.

Perhaps Rice’s most important literary peer is JRR Tolkien. In The Lord of the Rings trilogy (1954-1955), Tolkien hammered the most aesthetic parts of early medieval Catholicism into a high, golden fantasy. Rice, on the other hand, drew inspiration from demonology, rightly viewing the victims of history’s witch fires and vampire hunts as scapegoats that she reimagines as fascinating potential saints. Rather than being epic, his fantasy was dark.

In The Lord of the Rings, Arwen, an immortal elf, chooses mortality to be near his beloved. Ranger Aragorn, Arwen’s chosen one, told him of their inevitable path to death: “In sorrow we must go, but not in despair. See! we are not forever tied to the circles of the world, and beyond them is more than memory. This transcendent vision of eternity comes back powerfully in Rice. The first book that made her famous, Interview with the vampire, tells the story of immortals in search of redemption and truth through beauty. This quest for the Grail unites all his novels. In The Mummy (1989), one character says: “I imagine paradise as a vast library, with unlimited volumes to read. And paintings and statues galore to examine. I imagine it as a great gateway to learning … rather than a boring answer to all our questions.

Rice also loved everything about the Christmas season passionately. In Called out of darkness, she subversively argues that the material side of Christmas so disparaged by Charlie Brown can bring enlightenment. Recalling the shops of her native New Orleans around the 1940s, with their tasteful (but not necessarily expensive) decor and lights, Rice writes:

It seems to me in retrospect that the department stores and dime stores did a great job of expanding the “holy space” of Christmas around this time. And I sometimes wonder if for people with no religion, this might have been the only sacred space they knew. When people now laugh at the “commercial nature of Christmas,” I am still in conflict and unable to respond. Because I think those who would ban commercialism from the holidays don’t understand how precious and heartwarming displays and music in stores can be.

One of Rice’s finest books, Midwinter wolves (2013), is largely a description of how a group of werewolves tastefully decorate their mansion for Advent and the Longest Night’s Solstice. A children’s choir sings Christmas carols during the lavish climactic party. In the classic Irish novel by Bram Stoker Dracula (1897), which Rice transfigured by making the vampire heroic, a young seeker of wisdom named Jonathan visits the Earl’s Castle. Wolves howl in the night behind Jonathan’s window. “Listen to them, children of the night,” said Dracula. “What music they make! “

Back to Rice’s books this Yule. Like Jonathan, we could do worse than listen to midwinter wolves.

Gratitude quotes for legends that say whatever you feel