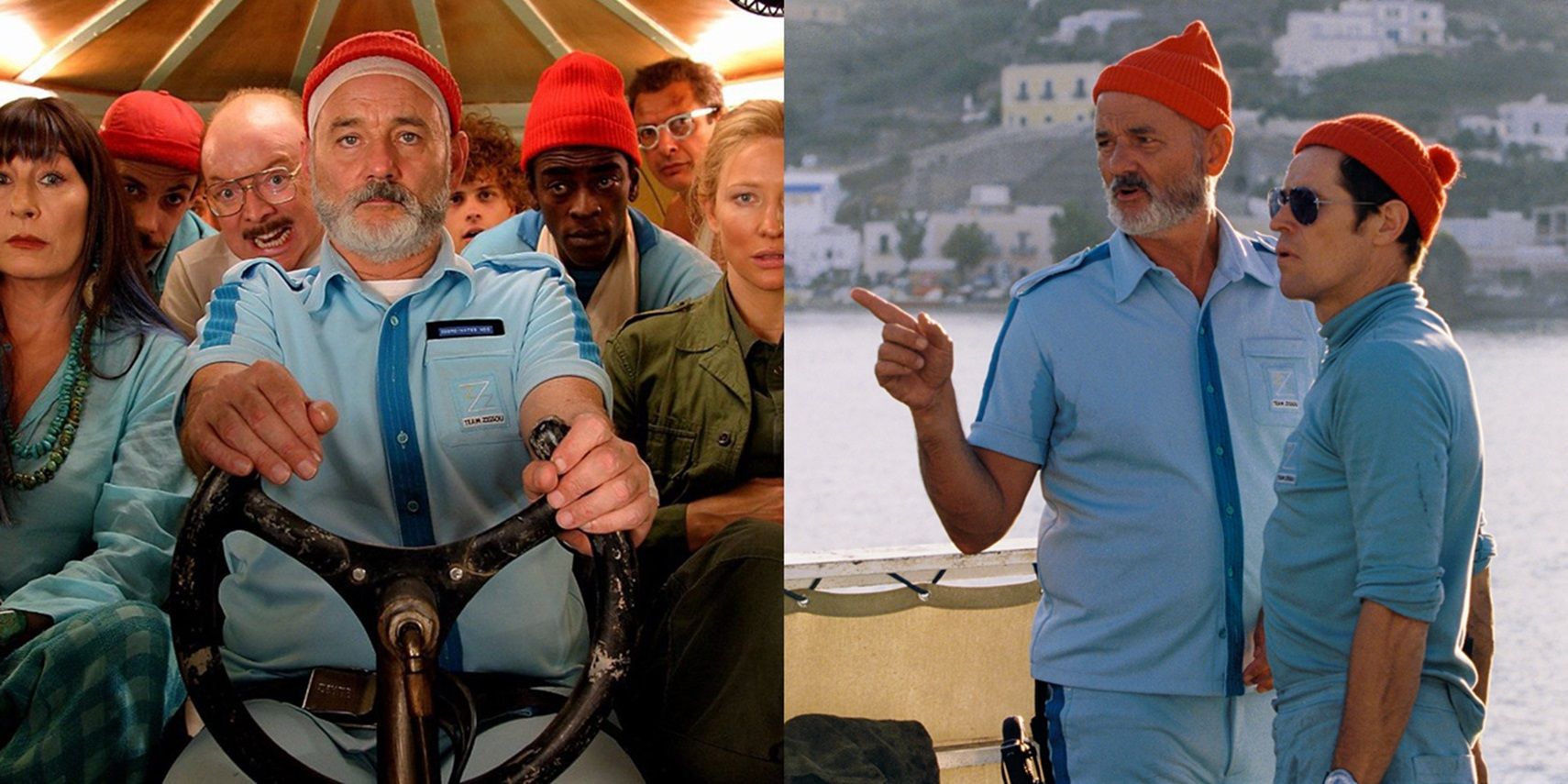 The 10 best aquatic quotes in life

After Rocket in bottle, Rushmore, and The Royal Tenenbaums have all received wide critical acclaim, Wes Anderson suffered the first critical flop of his career with his fourth film, Aquatic life with Steve Zissou. However, the film stars Bill Murray in some of his funniest moments and has since been recognized as a misunderstood masterpiece and revered as a cult classic.

While the antics inspired by Jacques Cousteau make a lot of laughs, Aquatic life is ultimately a movie about how sadness doesn’t go away and instead we have to find a way to live with it. Anderson’s screenplay, co-written with fellow writer Noah Baumbach, is filled with memorable lines.

When Eleanor identifies the island hiding place of the pirates who kidnapped Bill the bailiff from the surety company, Steve leads a “flash rescue operation” to save him. During their infiltration of the island, the rescue team crosses a swamp, and when Steve comes out, he finds himself covered from head to toe by swamp leeches.

He shouts to his friends: “Swamp leeches!” Everyone, check out the swamp leeches! However, everyone is clean. None of Steve’s friends have a single leech on them, while Steve is buried in them. He has a hilarious, harsh response: “Hasn’t anyone else been hit?” I am the only one? What is the problem?”

Willem Dafoe receives a lot of Aquatic lifethe most hilarious lines as Steve’s most loyal teammate Klaus Daimler. In Steve’s own words, Klaus is “calm, serene, German”. After the Belafonte is hit by pirates, Steve and his crew must be brought ashore by the Operation Hennessey team.

Steve expects an uphill battle when the bank assigns a watchdog named Bill Ubell to keep tabs on the production it funds. When Team Zissou robs an Operation Hennessey underwater laboratory in search of new equipment, Bill is concerned about reporting any illegal activity to the bank.

However, by the end of the movie, when he’s captured by pirates and saved by Team Zissou, Bill is much more laid back and rebellious. Alistair Hennessey sees his own espresso machine on the Belafonte and wonders how it got there. Bill says bluntly, “We stole it, man!”

7 “What would be the scientific purpose of killing him?” ” “Revenge.” – Festival Director & Steve Zissou

During a Q&A after the premiere of Steve’s Part 1 Jaguar shark documentary in the opening scene, Ned asks what the Zissou team will do next. Steve says they’re going to shoot the second part, in which he’ll hunt down the jaguar shark and kill it.

The confused festival director declares: “It is at most an endangered species. What would be the scientific purpose of killing him? With perfect impassive timing, Steve jokes, “Vengeance.”

6 “What sort of expression does the boy have on his face?” “- Oséary Drakoulias

Michael Gambon gives a hilarious and wacky performance as financier Oseary Drakoulias in Aquatic life. As the guy in charge of funding documentaries for a declining star, he finds his job increasingly difficult throughout the film.

When he calls Steve to tell him there’s no money to shoot Part 2 from the jaguar shark doc, Ned hears and rings to say, “I just inherited $ 275,000. Would this amount make a difference? Oseary instantly sees an opportunity to steal the legacy of a grieving fool. On the other end of the phone, to assess whether Ned realizes how lucrative his money is, Oseary asks Steve, “What sort of expression is the boy wearing on his face?” “

5 “I need to find a baby for this father.” – Jane Winslett-Richardson

Owen Wilson, Anjelica Huston, and Cate Blanchett all play characters relatively rooted in Aquatic life to offset the craziness of roles played by Bill Murray, Willem Dafoe, Jeff Goldblum and the rest of the cast. As a reporter observing the voyage of the Belafonte, Blanchett’s Jane Winslett-Richardson is a hilarious sheet for the crew.

Her character is primarily defined by her pregnancy as she prepares for single motherhood. During the pirate attack, she goes into a daze fearing for her life and says to Steve, “I have to find a baby for this father.”

4 “Steven, are you saving me?” “- Alistair Hennessey

Steve’s flash rescue operation to save Bill unintentionally means the crew stumbles upon another hostage: Alistair Hennessey, Steve’s closest professional rival, played by an extremely sympathetic Jeff Goldblum. Goldblum shares hysterical chemistry with Bill Murray throughout the film, and this is exemplified by the surprise in his voice when Steve shows up and plays poker with his captors.

He asks, “Steven, are you saving me? Steve awkwardly shrugs, so Alistair pulls back, and he is instantly hit in the chest by one of the pirates. He manages to pull it off, but the comedic timing of the shot is perfect.

The Belafonte is attacked by pirates when Steve plots a cheaper course through uncharted waters and Ned takes a watch to spend time with Jane. It sounds dark, but Steve promises it will be okay. Then the adrenaline rushes up and he chews the ropes around his wrists.

RELATED: Which Bill Murray Character Are You Based On Your Zodiac?

He said to the pirates, “I said fuck your ass off my boat!” before the Stooges’ “Search and Destroy” starring Iggy Pop made its appearance on the soundtrack. Steve grabs one of the pirate guns and frantically shoots them until they leave. Who knew Wes Anderson could direct such an impressive shootout?

2 “Who the fuck is Kingsley Zissou?” – Klaus Daimler

When Steve learns that Ned could be his long lost illegitimate son, he tells him that he would not have named him Ned Plimpton and offers him the name “Kingsley Zissou” as an alternative. Ned wants to keep his original name, so Steve reluctantly prints a correspondence stock that reads: “Kingsley (Ned) Zissou”.

As the Belafonte heads into dangerous, uncharted waters, Steve tells Klaus to check who is supposed to be on duty. Klaus looks at the schedule and is taken aback by the name he sees: “Who is Kingsley Zissou?”

1 “I wonder if he remembers me.” -Steve Zissou

The backbone of storytelling Aquatic life is Steve’s quest to avenge the death of his friend Esteban by blowing up the “jaguar shark” that ate him. However, when Steve actually locates the creature and sees how majestic it is (on the touching song “Starálfur” by Sigur Rós), he decides not to kill it.

Steve sums up the highlight of his trip – losing his friend, watching his fame fade, alienating his crew, being called a has-been – in one beautiful sentence: “I wonder if he remembers me. “

NEXT: Why The Darjeeling Limited Is Wes Anderson’s Most Underrated Movie