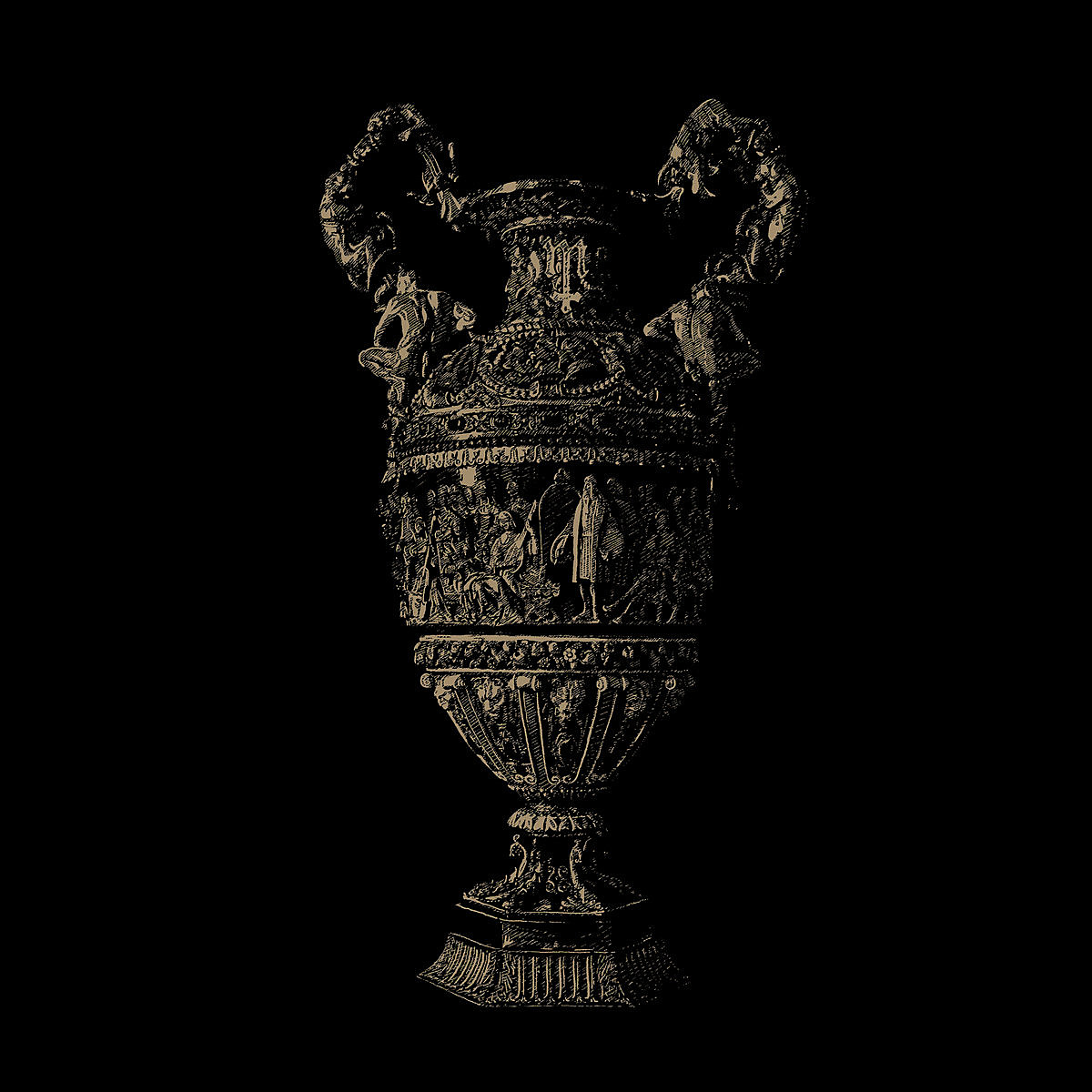 Happy October everyone, I hope you find some time this month to clear your backlog of horror movies, listen to King Diamond, or engage in other equally spooky pursuits. We’re kind of past September and we’re approaching the end of 2021 terribly, so before the weather slips any further, let’s think about some of the best September releases.

Other things from this month are worth noting before we begin: underground black metal darling Lamp of Murmuur has released another album by surprise, and he owns; Writer Tom Morgan has compiled an excellent list of essential Relapse Records releases, and Jimmy Monack came to speak to Steve Von Till in person, which earned him a speeding ticket. We also posted our first batch of live photos in over a year – more to come from scenes and photo pits soon, hopefully.

With all of that covered, we’ve got five drives that we strongly suggest you check out before you dive fully into the fire hose of the October releases.

Temptation–The Cradle of the Gods
September 24, 2021

I always come back to this record. Beyond the powerful and energetic heavy metal inside, there is just a certain magic in the French anthem and the exuberance behind them (especially when the backing vocals come in) that makes The Cradle of the Gods a joyfully metallic experience. Drawing inspiration from traditional heavy metal with double guitar action and occasional keyboards, the band excels at spilling blood (and spilling out) through wild classical songs with fantastic lead work and head-to-head rhythm – headed.

The band’s approach to traditional heavy metal includes a mix of thrash and fast riffs as well as slower, simpler, rock-focused, contrasting riffs – and when the double bass comes in and things get mean, you feel it. With crystal-clear production and a punchy, punchy mix, it’s absurdly easy to just crank that up and let it rule my mood for a while. As we desperately get closer to the end of 2021, that kind of uncompromising fun is what I’ve been looking for.

Mastiff–Leave me the ashes of the earth
September 10, 2021

Over the past year and a half, and for obvious reasons, music as an escape has been a major theme in much of music writing. I’ve framed the music this way, others here have framed it that way – it’s a very valid and often genuinely therapeutic way to consume music and process our feelings not just about COVID, but also of the myriad of other crises which are currently hitting the world.

But sometimes it’s just as healthy, if not more, to face our collective and personal grief, anxiety and hopelessness head-on. When used in excess or in isolation, escape and other forms of denial kick down the road in terms of dealing with uncomfortable realities and the negative feelings that they cause. And when it comes time to fight the wriggling discomfort inside us, there’s Mastiff and their latest record Leave me the ashes of the earth.

There is no respite to be found in this relentless bludgeoning of resentment and annoyance. Instead, the group sinks their grime-encrusted thumbs into your eyes as they hold you below the surface, your lungs seeking the clean air of distraction and finding only the cold, impartial water of anguish. and disgust.

The atmospheric component of atmospheric black metal usually involves loneliness, which is a limiting approach because atmospheric, by definition, does not refer to a particular feeling, but rather to the power of a track. The Unreasonable Silence of Heaven, from the one-man band Ars Moriendi, is an atmospheric triumph where this atmosphere is a fantastic tale of Charles Baudelaire‘s poem Get drunk. For the uninitiated, the poem is an open endorsement for breaking on all the bounties of life. While this includes healthier indulgences like poetry and virtue, it also helps scoop up a few pints to break free.

The Unreasonable Silence of Heaven takes Baudelaire’s sentiments and turns them into a freewheeling medieval celebration. Ars Moriendi carries Baudelaire’s calls for freedom through Gothic romanticism, weeping synths, melodramatic voices and moments of dark jazz. The album is as whimsical as an Arthurian myth while offering the best symphonic black metal of this year. It is a cavalcade of melodic tracks à la Iron Maiden and a tapestry of freedom of composition. The Unreasonable Silence of Heaven gets drunk on its own fumes, and that’s good.

Opening an EP with nearly seven and a half minutes of death metal dragging coffins as doom is a terribly important statement, but Teeth more than lives up to it. Starting things off with ‘A Garden of Eyes’, the new Finished EP leaves no doubt in its path; it is unadorned heaviness of the highest degree. The trail later slows down to allow for spoken word passages that allow for some subtlety before Erol Ulug unleashes some of his ugliest statements to date.

The rest of this case does not have the same chronological weight, but manages to get its point across in different ways. Two fast tracks manage to vary their sounds into the slow heaviness and more heaviness of death than you would expect from them, followed by the remaining two slabs: in particular, “Scornful Nexus” features wonderfully frightening moments where every sound produced by the group is built. on itself before enveloping the listener in absolute darkness. Teeth manages to pull out a lot of an EP, making it a “bite-sized” affair that doesn’t lack what you’d expect. After seeing this collective in Philly last weekend, their live show reflects these facts even better.

For all those who know me well, it should come as no surprise that my favorite album from last September was the second album from Unto Others. Strength, considering that their previous debut album was my favorite album of 2019. Yet it was under their old name of Idle Hands that they had to give up last year due to an earlier mark that seemed to come out of nowhere . A name change can often be a major stumbling block in a band’s career, especially once they’ve had some success using the previous name (as shown by their first place on the last one). King Diamond tour), but fear not, as in the same period of time the band was taken over by the big metal label Roadrunner Records, which is now part of Elektra Records and the Warner Music Group. The new band Unto Others now has the same team that puts bands like Gojira and Slipknot in large amphitheatres behind their backs.

With Strength as the next musical step in their future, Unto Others is certainly able to stand with confidence on any great stage given to them. The core of the band’s sound remains intact, a triumphant traditional metal sound with melancholy and expressive baritone touches from singer / songwriter Gabe Franco pushing them towards gothic rock. Imagine a hesher with his fist raised draped in denim and leather but with tears in his eyes, carrying books by Neil Gaiman and Edgar Allan Poe under the other arm. It’s all expertly crafted into one-length songs packed with eye-catching hooks that will have you singing or swinging in your car or at a festival. Developing on this core, however, is a clearer production than the beginnings Mana handled with flourishes of more extreme influences like black / death metal screams and riffs straight out of a Slayer album, as we notice on tracks like the opener “Heroin”. Almost any track could function as a radio hit, although the surprise cover of Pat Benatar’s “Hell is for Children” in 1980 could easily blow the group into higher realms. With well-crafted gear still flowing like overflowing honey and the support of deep pockets, Unto Others has the opportunity to take on the world with their mark of contagious gloom.

The best quotes on fishing? Try the inspiring gems of Henry Miller