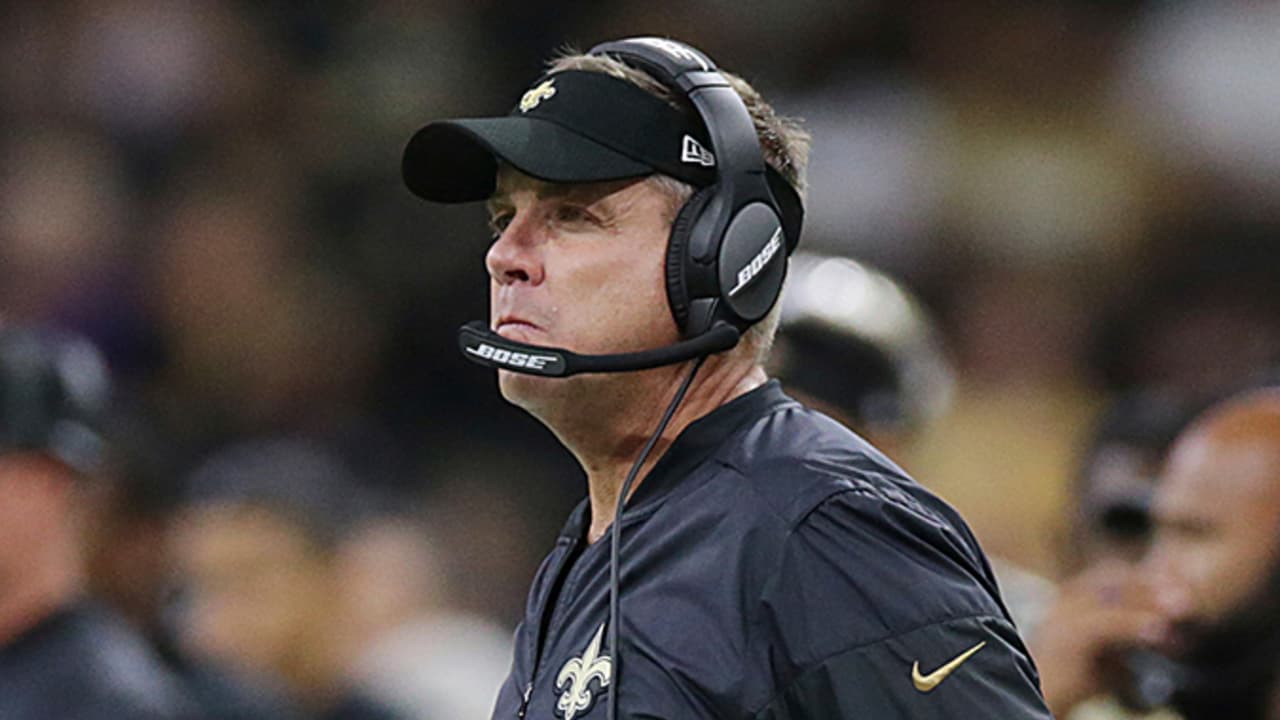 Q: Is this the formula for you all to win this season, defense, special teams, effective offense?

SP: Yeah, look, I know that, just being in this league long enough, sometimes that formula has to change. We wanted to go, we wanted to run football effectively. Obviously, ball safety, playing here, is a must when you consider their home record. But I think it’s too hard to say every week. I mean, it’s going to vary depending on the opponents. I thought we had done a handful of things that we were trying to do. We’re going to watch the tape on Monday, I’m sure it won’t be perfect, and then we’ll make some corrections.

Q: You mentioned turnovers earlier this week. How much did you hammer that point to Jameis Winston in particular?

SP: Well, everyone. When you have 108 and 7 at home when you win the turnover battle, that’s important. Obviously, this speaks to their program. We pay attention to it every week, but it had to be something we put in our minds every day. I thought we were dealing with football. I thought it was important.

Q: During the touchdown, did Jameis know that a flag was coming or is that a decision?

SP: I don’t think he knew a flag was coming. I think it was complete or incomplete. We’re going to watch the tape. We had a bit of luck there. Mark [Callaway] does a play. A sort of moment of restraint.

Q: Before that last touchdown you put in place, the offense didn’t really come off much in the second half. When you went to this player, what did you hope you would accomplish there?

SP: Listen, of course it was to own the ball. I mean, the momentum had changed. They had just scored a point. It was a one-scoring game at the time. A placement on the field would even really give us a bit of a break.

It was to change the position on the pitch as much as anything. I felt like we were playing with a positive position on the pitch for much of the first half, and even until the start of the second half. But when you start a workout like this, you think about doing the first few tries. You’re not just in a four-minute run-the-ball mode. You know you’re going to have to launch it as well as run it. It was an important training.

Q: Was Taysom Hill on that record, especially given what you wanted to accomplish, an in-game decision there?

SP: Well listen, later in the game like this you’re going to have a box loaded. There’s a way to lighten it up a bit, take someone out, and then run them straight with your quarterback. Part of it was fighting some of the heaviest fronts.

Q: Your team is coming home now. How would you say they’ve handled the past three or four weeks? What did you learn about this team during this time?

SP: Look, I thought we did well. Shoot, everyone at TCU, at Texas Stadium, at the hotel we were at, there were a lot of people who were fantastic and were very supportive of us. This is obviously a challenge when you are not home on time. But I thought we handled this part well. I thought we had a good week of preparation before this game. It will finally be good to come home tonight, sort of come back to our establishment.

Q: Did you like the look of all of you on the road together?

SP: Yeah, look, that’s it. I think the start of the season, compared to how training camps are, I think it was as difficult as for everyone, there is an element where you focus on football, you are at the hotel, there is not much entertainment. We must continue to improve. We will have the opportunity to do it again this week. We will come back to a familiar circumstance a little more.

Q: Defense has been playing very well for a few years now. What did you really like about the way they set the tone in a few of these games now despite having two newbie newbies, newcomers?

SP: I thought we tackled space well today, number one. I thought we affected the quarterback. When it’s become a little more one-dimensional, it’s obviously a little harder to consistently generate the rush. I thought we kept the ball in front of us. Yes, I’m sure when we watch the tape there will be things that will stand out. But I really think we tackled each other well.

Q: Did you feel like you cleaned everything on the guards you wanted this week?

SP: Yeah, listen, it’s a week-to-week affair. For the most part, I thought in advance that we had blocked them well. Terron [Armstead] went down early. We jumped in. James [Hurst] entered. But we were able to run the ball. I think it was important.

Q: Did you all see something about the stuck punt that you all thought you could reach?

SP: I can’t say for sure. I think it was more of a by-product of probably very good effort and technique. It was important. I thought the three areas, the three phases, were doing a good job. We have had a handful of unique situations. I thought we treated them well.

Q: Have you changed your mindset (indistinguishable)?

SP: We’re always smart about reps. I don’t know how many snaps in total, but we talk about it between each series each series.

Q: On the last drive, Deonte Harris made two really big catches. One of them moved the chains. How crucial was it to keep this going, eating up the time there?

SP: Yeah listen, to do that you have to convert a third or two, a third and six or seven, a third and five, I think it was, I’m not sure. He had a big conversion however on their bench. It was important I thought.

Later we came back, we gave him another pass underneath. It was a big drive.

Five investment quotes to print and frame in your study