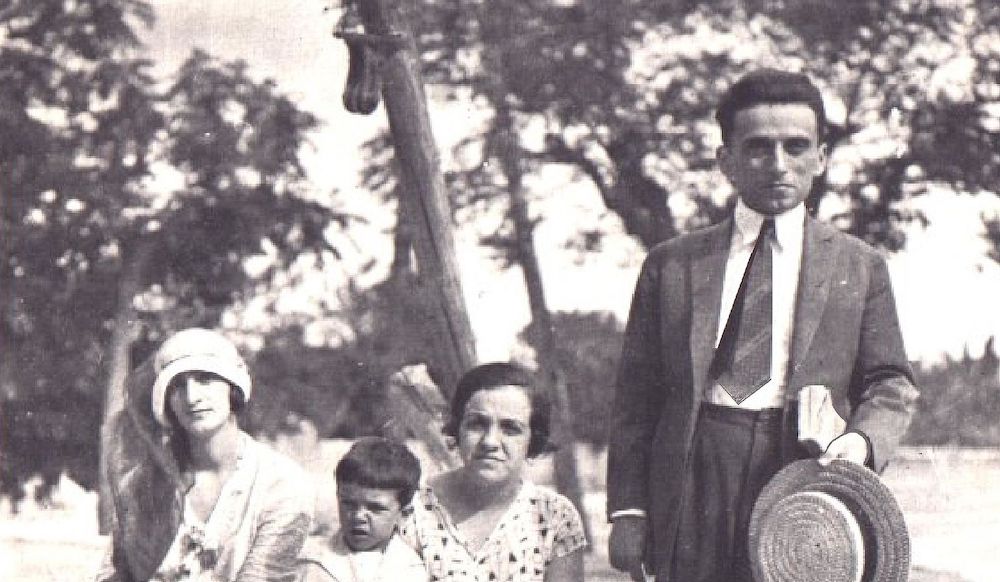 Kostas Y. Karyotakis, born in Tripolis in 1896 and died in Preveza in 1928, is one of the greatest modern Greek poets of the 1920s. His poetry has been translated into over thirty languages ​​and he is revered by the Greeks for l powerful imagery and musicality of his works. To the Greek ear, his short and often painful poems indeed sound like songs. This year, we are celebrating the 125th anniversary of the birth of the poet.

Karyotakis is one of the most important poets of Greece and the most representative representative of modern lyricism. It is said by critics that he represents the pain of his generation and portrayed the Greek soul with the same power as only two other poets: Kavafis (Cavafy) and Varnalis.

His poetic expression, using a mixture of demotic Greek and katharevousa, created a
a personal idiom free from the affectation and narcissism of many other neo-romantic poems.

Karyotakis, born in Tripoli and known as “Takis” by his family, was the second child
George Karyotakis, engineer from Karya Korinthias, and Aikaterini Skagianni, from an illustrious local family.

Today, the elegant two-story neoclassical mansion that was his mother’s home is part of the University of the Peloponnese in Tripoli. His father’s job meant that the family frequently moved to different cities in Greece, but the poet always kept a fondness for his hometown and often returned to visit him.

Karyotakis inherited the love of learning from his maternal grandfather who was a school principal and he studied law at the National and Capodistrian University of Athens, from which he graduated in 1917.

Karyotakis first worked for the Ministry of Health, writing an important white paper, which unfortunately was ignored by the administration of the Pangalos dictatorship of
1925.

For most of his life he worked as a civil servant, but the volatility of Greek politics
meant that he and his father were facing problems at work.

Kostas Karyotakis wrote on the need for social change

They were opponents of the Venizelos government; Unfortunately, this led to his father losing his job in 1917 and Karyotakis was sued for his union activities.

Experiences of the realities of Greek provincial life as a civil servant inspired Karyotakis to write passionately about the need for social change.

His poetry, at times sensitive and at times sarcastic, reflects the hardships, frustration and corruption of urban life in Greece at that time. He became director and editor-in-chief of the satirical magazine I Gampa, which turned out to be a short-lived date as social tensions and hypocrisy in Greek society led to its abolition and closure by the police.

Likewise, the provocative content of a musical he wrote with his cousin, composer Theodore Karyotakis, a pupil of Dimitris Mitropoulos, meant that it would never be staged.

Literary critics sympathetic to the government, such as Miltiadis Malakassis and Vassilis Rotas, have published harsh criticisms of his work and his relegation to Preveza – where he ended his life in desperation with a single bullet – was allegedly motivated by political considerations.

His doomed personal relationship with lyric poet Maria Polydouri is one of the most famous of Greek letters. She received news of her death while in hospital where she was to die of tuberculosis two years later.

Karyotakis was influenced by French Symbolists and German Romantics; in addition to writing many original poems in French, his translations of these languages ​​(including the French national anthem) are among the best in the Greek language.

Among the authors he translated were the Greek Symbolist poet Jean Moréas (Ioannis A.
Papadiamantopoulos) who wrote mainly in French, Paul-Marie Verlaine, Charles Pierre
Baudelaire and the philosopher Voltaire; and the German Ernst Theodor Amadeus
Hoffmann and Heinrich Heine.

Modern Greek poet influential in the world of Greek letters

Karyotakis was a personal friend of the lyric poet Romos Philyras who died at the Dromokaiteion Psychiatric Clinic, and he dedicated a number of poems to him.

His legacy inspired and led the troubled generation that followed him, often referred to by Greek scholars as “the generation of the thirties”.

Other musicians inspired to put his poetry to music include Lena Platonos, Nikos Xydakis and Giannis Spanos. In 2008, the television series “Kostas Karyotakis”, created by the Hellenic Broadcasting Corporation (ERT) directed by Tassos Psarras and starring Dimosthenis Papadopoulos as Karyotakis and Maria Kitsou as Maria Polydouri, was acclaimed by the critical.

5 “Lorax” quotes that will make kids care a lot