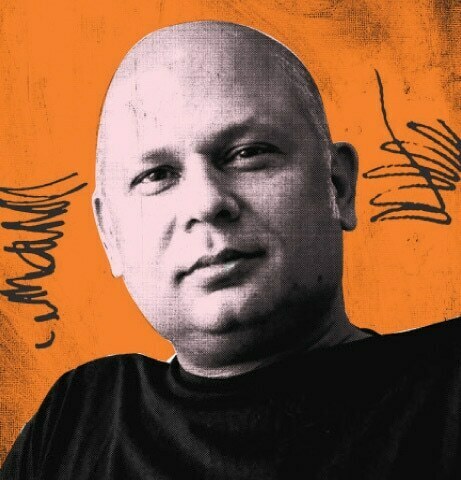 I consider the translation of literary works to be a great service to humanity, but the effort devoted to translation seldom finds the real appreciation it deserves. Hats off to those who enrich us by translating various texts and poems from one language to another.

Speaking of poetry, some insist that it can never be translated. They would say that, at the very least, to translate someone like Johann Wolfgang von Goethe from German to English you need no one less than Stephen Spender, himself a great poet, essayist and playwright. The quality of the translated poetry certainly varies, as not everyone is Goethe, nor is a Spender accessible to everyone.

Suppose there were no translations. How would we access classical and contemporary verses in languages ​​we do not know? How much poorer we would have been without reading the French, Polish, Spanish, Russian, Arab and Chinese poets from their classical era to contemporary times.

Who would have known Charles Baudelaire from France, Nazim Hikmet from Turkey, Pablo Neruda from Chile, Mahmoud Darwich from Palestine, Forugh Farrokhzad from Iran and Anna Akhmatova from Russia, if they had not been made available to us in translation, in English or Urdu?

In the case of prose, some believe that it is somehow easier to translate than poetry. This is still a mistake. Translating creative prose and its habitat is not easy either. Imagine our deprivation if the great Russian novel, or classics of other languages, were not translated into languages ​​we can read.

There is a tradition of translating world literature into all of our languages, with Urdu in the foreground, followed closely by Sindhi. State and academic institutions – universities in particular – had Darul Tarjuma-o-Taleef [Centres of Translation and Compilation] active and effective until a few decades ago. This tradition has started to decline in recent decades.

Unfortunately, even though some texts were translated by state-subsidized institutions, they were either inaccessible or not readily available. Thus, in recent years, a few translations of different literary works from foreign languages ​​have been made or encouraged by motivated people like Ajmal Kamal and Asif Farrukhi. But, on the whole, the translations were insufficient.

It is refreshing that a new wave of translating foreign literature into Urdu has emerged in recent years. This can be attributed to both individuals and institutions such as Pakistan Academy of Letters (PAL). With all of its limitations as a state institution in an age of censorship and extremely limited freedom of expression, PAL continues to commission translations of international fiction.

PAL has published a series of books over the past five or six years which includes translations by international writers into a number of languages. Recently, Professor Munir Fayyaz has been prolific in translating for PAL. With Zaf Syed, he brilliantly translated the Kyrgyz writer Chingiz Aitmatov and, together with Ziaul Mustafa Turk and Syed Kashif Raza, also made available to us 50 Nepalese poets in Urdu. Fayyaz has also translated 20 Chinese writers, including Nobel laureate Mo Yan. PAL needs to ensure that these books and many more are made available to students and interested readers across the country.

Another important translation to be released earlier this year is that of Chairs by avant-garde Franco-Romanian playwright Eugene Ionesco. Call him Khaali Kursiyaan [Empty Chairs] in Urdu, translator Safdar Rasheed also wrote an insightful preface on how the human condition in our part of the world resonates with the theater of the absurd. Rasheed is one of those committed literary scholars who have the ability to look beyond the immediate while understanding the need to tackle the immediate.

Recently at the 14th Annual Urdu World Conference at the Pakistan Arts Council in Karachi, I found six quality translation books. The Institute for Historical and Social Research published Hamlet and Romeo and Juliet during the past year. Rendered in Urdu by Khalid Ahmed, the translations are so fluid that the two Shakespearean plays can be staged instantly.

Another book, one of the main novels by Bengali fiction writer Rabisankar Bal, was translated by Inam Nadeem, who previously translated Bal’s Dozakhnaama. Entitled Aaina Si Zindagi [A Mirrored Life] and published by Aks, Lahore, the novel is about Maulana Rumi and Shams Tabriz. Although very different from Dozakhnama – which involved Mirza Asadullah Khan Ghalib and Saadat Hasan Manto – Aaina Si Zindagi is a story within a story woven into a gripping narrative. It reads like an original text in Urdu.

Dr Syed Saeed Naqvi, based in the United States, is a writer of Urdu fiction of definite merit. He has extensively translated international fiction and non-fiction into Urdu, mainly English. He has just released the Urdu translation of Memoir on the Departure of 2021 Nobel Laureate Abdulrazak Gurnah. Published by City Book Point, Karachi, the novel is titled Yaad-i-Mufariqat in Urdu.

Gurnah, who now lives in the UK, is a writer of Tanzanian origin. Memory of Departure is about a 15-year-old boy from East Africa whose life is surrounded by misery, oppression, corruption and poverty – a signature of most of the former colonies of European powers. There are marked cultural differences, but in many ways it is so related to the situation in which our own majority exists.

Naqvi succeeded in transforming the language into our own idiom. I also found one of his early collections of translations of short stories titled Fareb-i-Nazar [Optic Illusion], edited by the same publisher. This collection includes stories from George Orwell, Italo Calvino, Ruskin Bond, O Henry, Chimamanda Ngozi Adichie and others.

What we need now is to make sure that the translations mentioned above, and many others that could not be discussed due to lack of space, are made available easily – at both in print and digitally – to our readers. Our literary students and aspiring writers should also be systematically encouraged to translate works from other languages.

The chronicler is a poet and essayist. He recently edited Pakistan Here and Now: Insights into Society, Culture, Identity and the Diaspora. His latest collection of verses is Hairaan Sar-i-Bazar